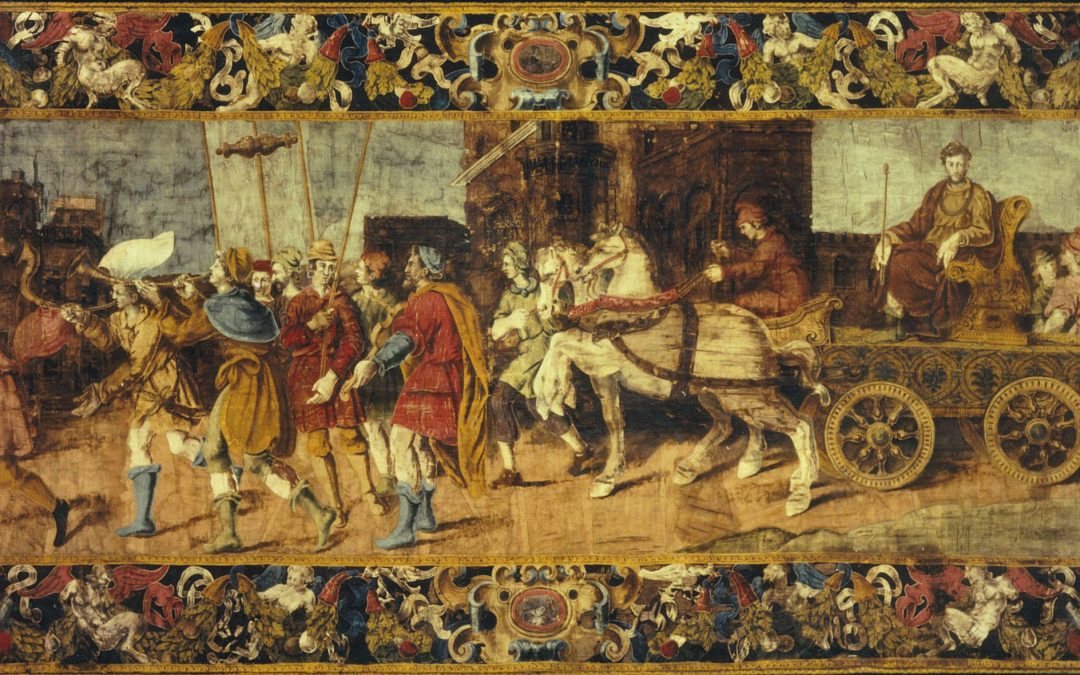 This panel is composed of pieces of silk in different colours, sewn together, mounted on a canvas and highlighted with paint.

The scene depicts an episode from  « The Story of Joseph »: The Triumph of Joseph.  It is taken from the Book of Genesis, Chapter 41.

The scene is probably inspired by an engraving.

The borders are typical of the ornamental motifs of the second School of Fontainbleau, as seen, for example, on the fireplaces of the Château d’Ecouen.